Occupied by a force of the Practical School of Cavalry, of Santarém, commanded by Cap. Salgueiro Maia.

On April 25, 1974, this square was the main center of political power of the Estado Novo. The Armed Forces Movement (MFA) included it in the plan of operations as an objective to be occupied on that day, because it is a symbol of the power to overthrow, but also here are the Ministries of the Army and Navy, through which the regime could interfere in the ongoing military action. The occupation was carried out by a force of the Practical School of Cavalry of Santarém, with about 220 soldiers commanded by captain Fernando Salgueiro Maia, captain Mário Tavares de Almeida, lieutenant Alfredo Correia Assunção and lieutenant Rui Santos Silva. To this force joined others, sent by the regime to fight the rebels. The achievement of this objective also made possible the occupation of Banco de Portugal and Radio Marconi, which was communicated to the MFA Post Office at 06H10 by Captain Salgueiro Maia, “we occupied TOLEDO, BRUSSELS and VIENNA.”

Video - excerpt from the movie "The Hour of Freedom" 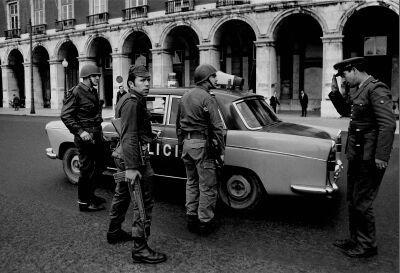 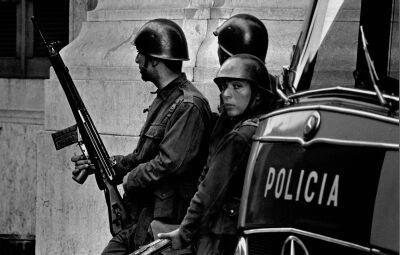 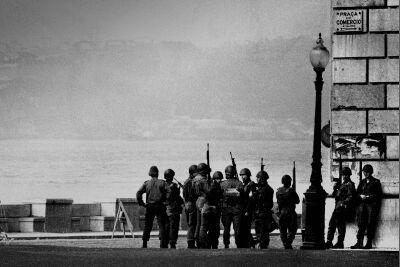 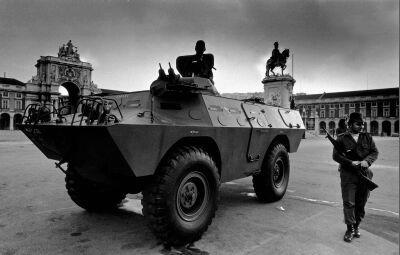